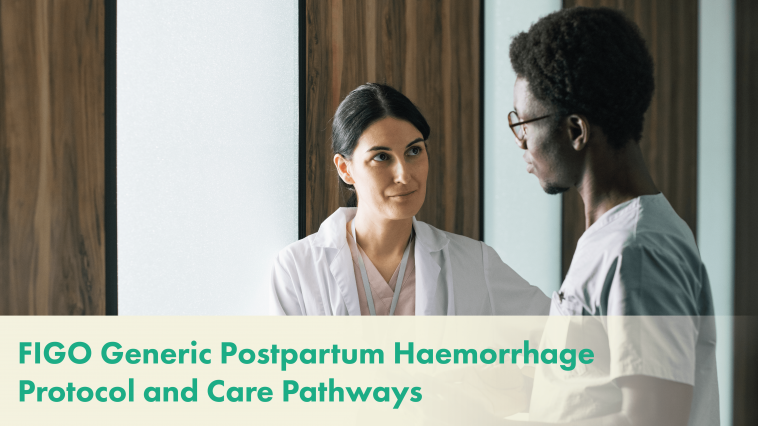 Postpartum haemorrhage (PPH) is the largest direct cause of maternal mortality. Significant research over the last decade has led to new World Health Organization (WHO) recommendations on the use of Tranexamic Acid (TXA) for the treatment of PPH (2017) and on the use of uterotonics for the prevention of PPH (2018). In 2021, the International Federation of Gynecology and Obstetrics (FIGO) and the International Confederation of Midwives (ICM) also published two joint statements of recommendation for the prevention and treatment of postpartum haemorrhage (PPH).

Yet, while critical to quality care, global guidance is often slow to be translated into policy and practice at country level due to limited access to medicines and technical support. To ensure a tangible impact on PPH prevention and treatment, these new recommendations must reach policy makers, practitioners, and supply chain experts.

FIGO’s Improve Access to essential medicines to reduce PPH morbidity and mortality Project (IAP) (2021 – 2022), in partnership with ICM, has been working with national obstetrics and gynaecology societies and midwives’ associations to update protocols and guidelines for PPH prevention and treatment, and to develop a series of job aids for health facility-based maternal care providers.

FIGO and ICM have developed a generic PPH protocol and clinical pathway tool, based on World Health Organization PPH recommendations, to inform a systematic approach towards the development of policy for PPH management in health facilities. The protocol, now available online in English and French, provides examples of key definitions, early identification of risk, estimation of blood loss, choice of uterotonics, prevention and treatment at various levels of care, effective multidisciplinary teamwork, communication, and referral.

The design of the meetings and workshops ensured engagement and ownership of key maternal health stakeholders involved with policy development, education, and clinical practice … combined with focused health system interventions (procurement and supply of quality uterotonics etc.), it is anticipated that the IAP project interventions will contribute to prevention of PPH morbidity and mortality.

It is hoped that the FIGO generic PPH protocol will enable professional societies and associations in other countries to use a similarly multidisciplinary collaborative approach to adapt the protocol to specific contexts and to develop effective job aids that will support maternity care providers to prevent and treat PPH. 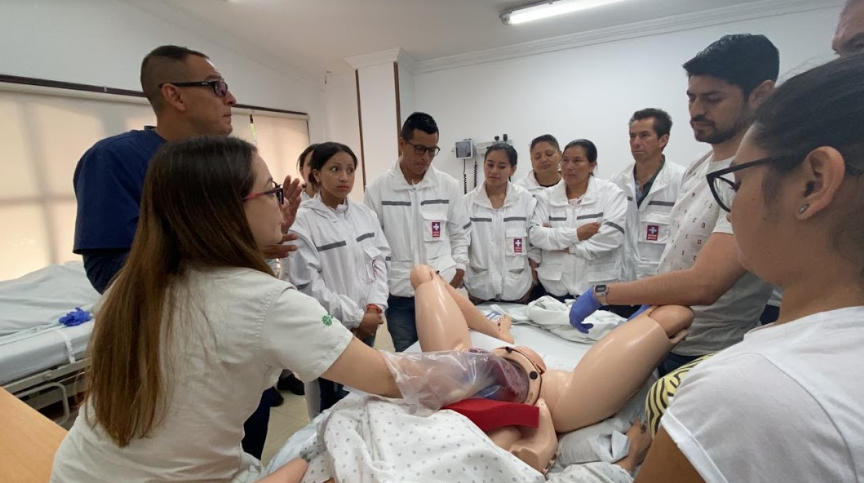 In Colombia, postpartum hemorrhage has been an essential problem of maternal mortality; the entity has raised public sector alarms for the development and implementation of programs that optimize its management. Cali is located in the department of Valle del Cauca; it is the reference city of the Colombian Southwest due to the high complexity of its hospitals; one of them is the Hospital Universitario Fundación Valle del Lili. In this region an Obstetric Critical Care Unit has been established as a center of care for patients with a high risk of mortality and extreme maternal morbidity. We receive patients from all regions of the country, especially from the hospitals to which we perform the intervention that will be explained later (16 hospitals)

Given the statistics of maternal morbidity and mortality reported in the last two decades, in 2013, the Obstetrician group composed of 24 Obstetricians decided to implement the American model of PPH treatment and began using bundles for postpartum hemorrhage as an approach to reduce complications derived from excessive bleeding. Initially, there were master classes, simulation exercises to disseminate and systematize patient care standards among the medical and nursing group. In that year, the red code included non-pneumatic anti-shock garment, uterine balloon tamponade, uterotonics, and hemostatic agents such as tranexamic acid. In  addition to the international standard, rapid response teams in obstetrics, emergency transfusion packages, adequate equipment for obstetric emergency care were established. Bundles were well received in our hospital, but despite some positive results in indicators of maternal and perinatal morbidity and mortality, the treatment of postpartum hemorrhage was carried out differently depending on the Obstetrician on a particular shift.  For this reason, in the second period corresponding to 2017 until today (2020), we created checklists which allowed all obstetricians to adopt the same standard to avoid delays and complications during a red code. Following a red code, we initiated reporting systems and post-event learning meetings (debriefing). This strategy had a positive impact on maternal and perinatal outcomes such as decrease days in-hospital stay, number of transfusions, decrease in the rate of hysterectomies, etc. 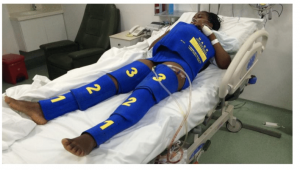 Despite the benefits of the implementation, in Colombia, we did not have enough evidence to justify the use of the bundles. Due to the socio-economic conditions of our country, it was difficult to find necessary equipment and drugs (like the NASG) for the red code in primary and secondary hospitals.  So the group of obstetricians of Fundacion Valle del Lili decided to write a paper to demonstrate the effectiveness.  We compared PPH patients from the period from 2011 to 2013 (77 patients) who received standard management without a non-pneumatic anti-shock garment (NASG) and (77 patients) 2014 to 2015 who received standard PPH management plus NASG. The results obtained were the following: the leading causes of PPH were uterine atony (96.1%), placental retention (9.7%), abruption of the placenta (6.5%), and placenta previa (4.5%). All patients in the first period showed shock rates higher than 1 which was directly related to hemodynamic instability secondary to hypovolemia, 89% of cases required massive transfusion.

The results showed that the need for blood products was statistically significant WHEN COMPARING THE 89% in the non-NASG group tO 39%and the NASG group, Abdominal hysterectomy was more common in the non-NASG group compared to the NASG group (98.2% versus 1.8%). In conclusion the use of NASG in critically ill patients demonstrated a speedy recovery from hypoperfusion, in addition to the prevention of the use of invasive procedures that produces an increase in maternal morbidity and an increase in costs.

These results allowed the Obstetrics team to make visits and to record which hospitals had all the necessary tools for the full practice of the red code. During the visits, some hospitals had the NASG, but staff did not know the technique and the right time to use it.  In other cases, they did not have the NASG because it “represented a high cost” for the hospital (230.00 US) These findings stimulated staff and administration to seek funding and develop an action plan that would improve the care of obstetric patients and diminished mortality.

So, in 2017 with the Health Secretary of the district of Valle del Cauca, the group of Obstetricians began the training and on-site simulations in 5 nearby hospitals of Primary, Secondary and Tertiary care. Additionally, it was possible to carry out multiple simulation practices in our institution with collaboration   from the remaining hospitals of Cali. Due to the positive feedback, Dr. María Fernanda Escobar initiated a Telemedicine strategy as a project leader for implementing the bundles in a red code for referring hospitals.

In August 2018, the project was extended to all the North of Cauca department, where maternal mortality far exceeded the national average.  As of Dec 31 2019 the results show a major reduction of maternal mortality in the intervention area. These results present a challenge to expand open telemedicine to other regions of Colombia. As of January 2020 the group received more than one hundred tele-consults.

Now, when comparing pre and post-intervention statistics at the national level, it is observed how maternal mortality has been declining. (Table 1 and 2). These results provide hope and motivation to continue our magnificent work of improving the quality of care of obstetric patients.??? using bundles, red code and standard check lists for PPH diagnosis and treatment…